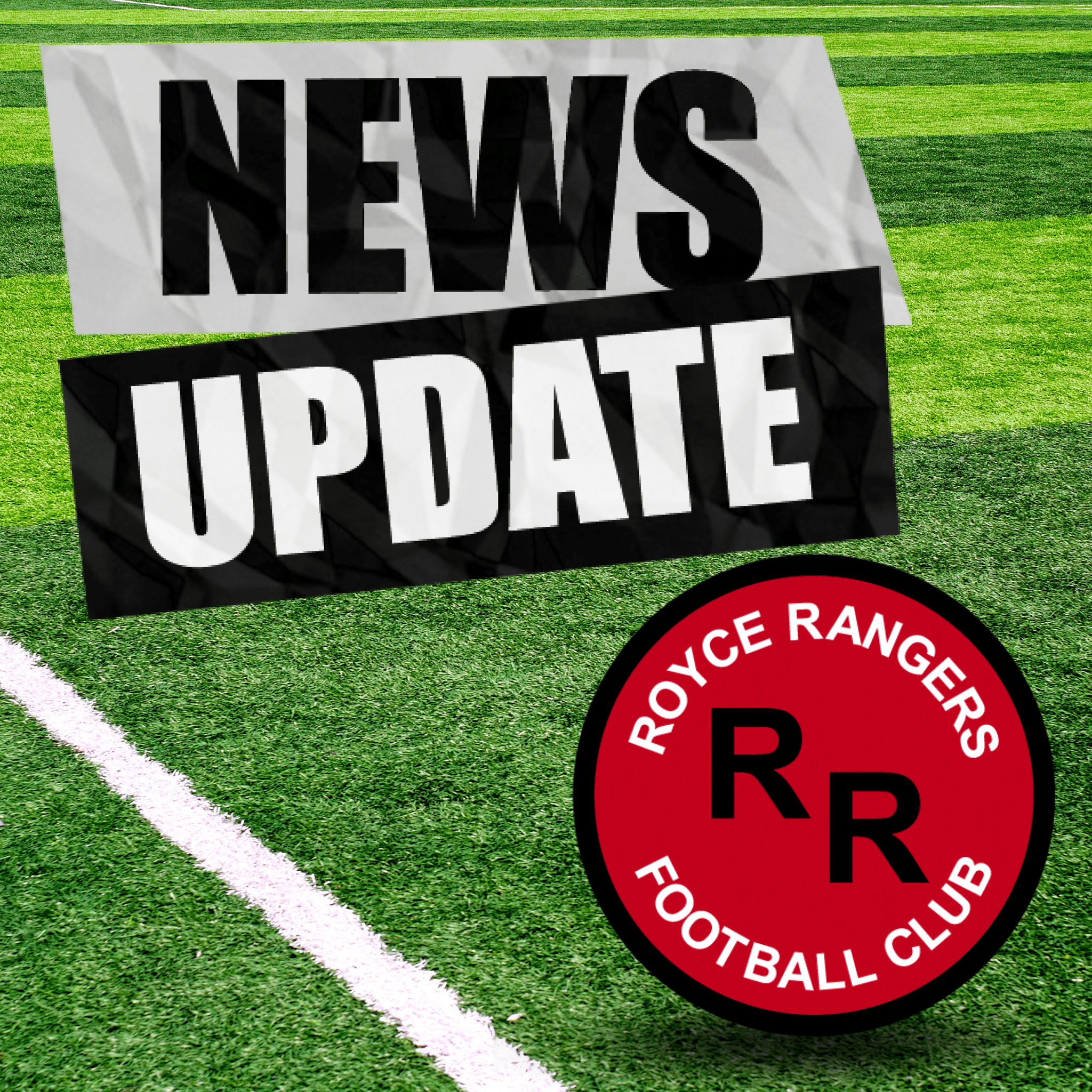 Royce Rangers Football Club has a new-look Committee ahead of the 2022/23 football season, after several new Committee Members were appointed at its latest Annual General Meeting (AGM).

Royce Rangers is one of the largest community sports clubs in Rutland and relies entirely on volunteers for everything from coaching and groundskeeping to catering and player welfare. There’s also lots of important jobs done behind-the-scenes by local volunteers who help to keep everything running.

The Club held its AGM on Tuesday 28 June to decide who would occupy some of the key positions at Royce Ranges, with several longstanding Committee Members choosing to stand down after many years. This included Chairman Ian Razzell, who stepped down to be replaced at the top of the Club by Sally Kirkby.

“I am incredibly pleased to have been asked to take on this role and would like to thank all our volunteers, particularly those stepping down at this point.  They have given a lot of time and energy to the club over the years and have worked tirelessly to get plans for the new Clubhouse to this point.  My aim is to expand the Royce Community spirit by encouraging greater communication within the club and out to the wider community. I would like to make the club accessible to everyone and give all children the chance to play football.

“There are undoubtedly people who know more about the game than me, who are wondering why I have been given this position.  I hope I can provide a new approach to the Club, making it even more popular than it is today. The club only works by utilising everyone’s qualities and knowledge, and the new committee has a wide range of backgrounds. I will be learning from those people who hold more knowledge of football than me and together we will build the Club for you. Together, stronger.”

Royce Rangers training for the upcoming 2022/23 season is due to get underway in September, with a precise start date still to be confirmed. The Club is also planning an Open Day for would-be players of all ages who may be interested in joining.

Royce Rangers welcomes boys and girls of all abilities between the ages of 5 and 18 years. Anyone who would like to know more about the Club and how to join should visit: www.roycerangersfc.co.uk.

Royce Rangers are always looking for new volunteers who can help to sustain the Club for the benefit of children, families and our local community. There’s a huge variety of volunteer roles to suit all interests and you can pledge as much or as little time as you want. For more information about volunteering opportunities at Royce Rangers, please email: clubsecretary@roycerangersfc.co.uk.